The Future of Urban Air Quality Monitoring and Management: An IoT Revolution

As a problem dating back to the rapid changes of the Industrial Revolution, it’s fitting that air pollution management is now itself being transformed by technology. Then, as now, technology is turning aspects of daily life on its head, with services linked to the Internet of Things (IoT) monitoring the build-up and movement of gasses, compounds and tiny particles swirling in the air in an increasing number of urban areas.

This reflects a growing understanding in society of the need to keep communities safe from unclean air. The Court of Appeal recently upheld a planning permission refusal for 330 homes in Kent on air quality grounds. The plan was first rejected in 2015 by the local council due to concerns that the development could adversely affect air quality and human health. Fast forward four years and it was again refused at the High Court as concerns remained about the impact that the development might have on the air local residents breathe.

Discussion about air pollution invariably focuses on Carbon Dioxide and Nitrogen Dioxides, which are emitted by fires and vehicles. But the threat from Particulate Matter (PM) is no less great, although certainly less widely understood. PM is released from construction sites, fires, power plants and vehicle emissions, as well as the wear and tear of vehicle tyres, brakes and road surfaces. Larger Particulate Matter (PM 10) is visible to the eye, but smaller Particulate Matter (PM 2.5) is so small that it enters the cardiovascular system and circulates in the body.

Air pollution is a lethal and costly problem. The campaign group Clean Air Nottingham claims that PM 2.5 is responsible for 150 deaths in the city each year. A 2006 report on air pollution published by the Royal College of Physicians and the Royal College of Paediatrics and Child Health concluded that outdoor air pollution can be linked to around 40,000 deaths each year in the UK. The cost to our health services and business adds up to a staggering £20bn each year, the report concluded.

Tackling this problem is evidently a matter of urgency. But first, we need to be able to definitively know that it is there. While the smog of vehicle exhaust emissions on congested city streets can be highly visible when at its worst, PM 2.5 and other gases are invisible to the eye.

IntechnologySmartCities has developed its IntechIoT Air Quality solution to address this issue. Monitoring 15 types of outdoor air pollution, ranging from Particulate Matter (including the smallest forms) to ozone, Carbon Monoxide and Nitric Oxide. Sensors linked to the IoT collect and collate real-time readings or air pollution and alert users to the risks posed by gasses, compounds and particulates in an easy-to-read centralised dashboard.

We understand that funding in the public sector can be tight, having worked with local authorities up and down the country. As a technology linked to the IoT, our service is cost-effective with a package covering design, installation and data reporting. For councils tasked with keeping residents safe by monitoring air pollution across different areas, our IntechIoT Air Quality solution can be transformative. Councils can identify pollutant trends by time and geography to make informed, data-driven decisions and IntechnologySmartCities can help to develop a strategy to identify problems identified.

The recent worldwide climate change protests hopefully will help point to a future where air pollution becomes less of a problem, as more people become aware of the issues at stake. There are some positive signs – according to the Government, between 2010 and 2017, levels of PM 2.5 and Nitrogen Oxides in the UK’s air fell by 10% and 29% respectively. But for now, everyone is looking to technology as it presents new ways of managing a problem dating back two centuries.

Whether you’re a local authority looking to monitor air quality for the benefit of citizens in your town or city, or if you are interested in partnering with us around our IntechConnect solution in any of our forthcoming town and city roll-outs, we’d love to explain more about who we are and what we do.
Tell Me More... 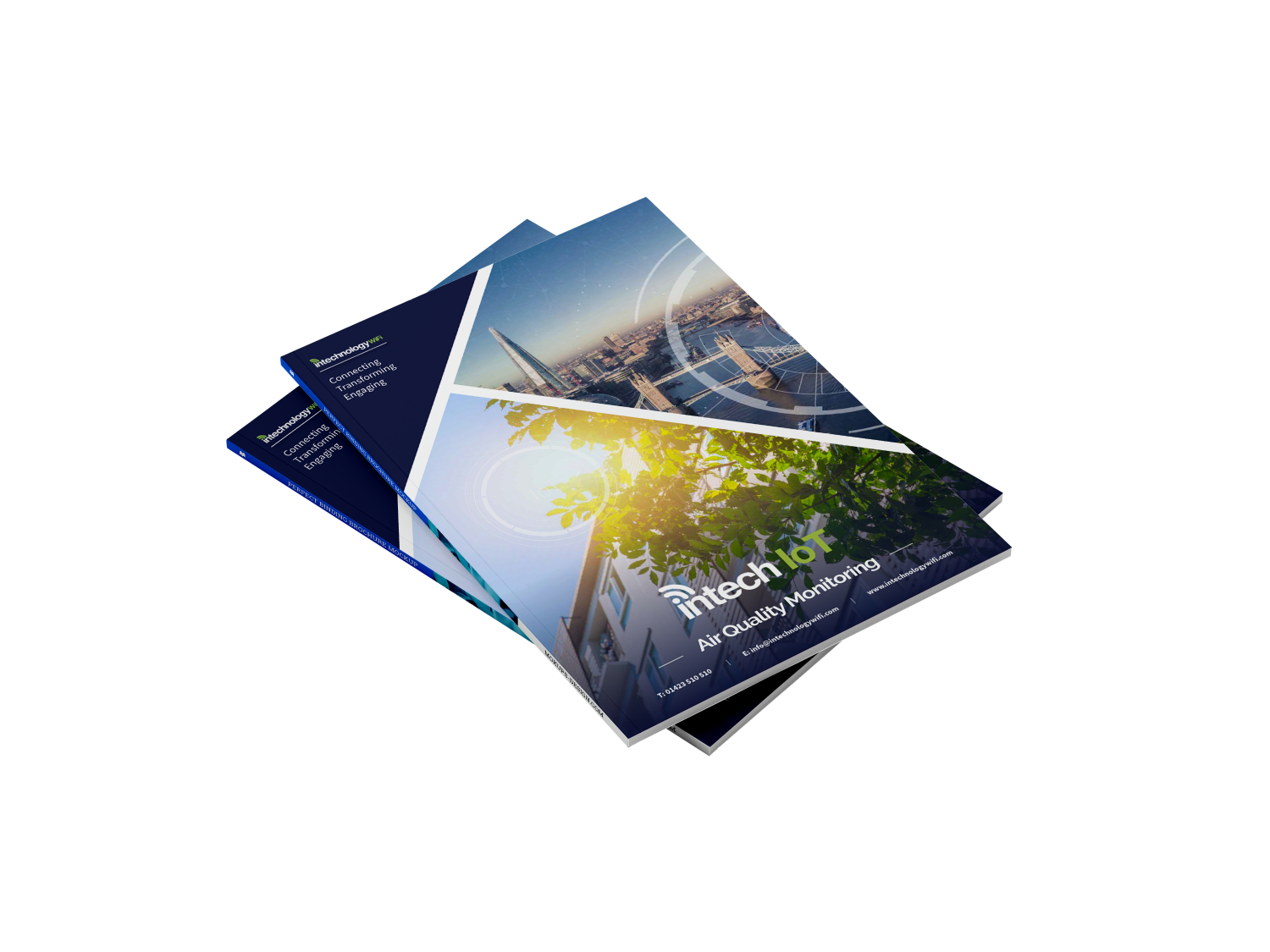