Once the centre of British car manufacturing, ravaged by war and the recessions of the late 20th century, Coventry has been reborn from the fires of its past and is rapidly becoming one of the UK’s most vibrant and enterprising cities.

An industrial stronghold intrinsically linked with the rise and fall of British manufacturing, such was the demise in Coventry’s fortunes that near 20% of the population was unemployed by the mid-1980’s. Dubbed a “Ghost Town” by some of the city’s most famous sons, Coventry has undergone something of a cultural and economic revolution in recent years. Having recently been crowned the UK City of Culture 2021, humble Coventry has found itself at the centre of UK technological innovations, with The Sunday Times calling it “a rising star at the centre of everything”.

WWII ravaged Coventry. Its industrial heritage made it a primary target for Luftwaffe bombers during the nightmarish raids of the Blitz years. Come the end of the Second World War, much of the city was left in ruins, with many dead. The skeletal ruins of the old Cathedral became an international symbol and still remain standing today as a sombre reminder of those dark days. 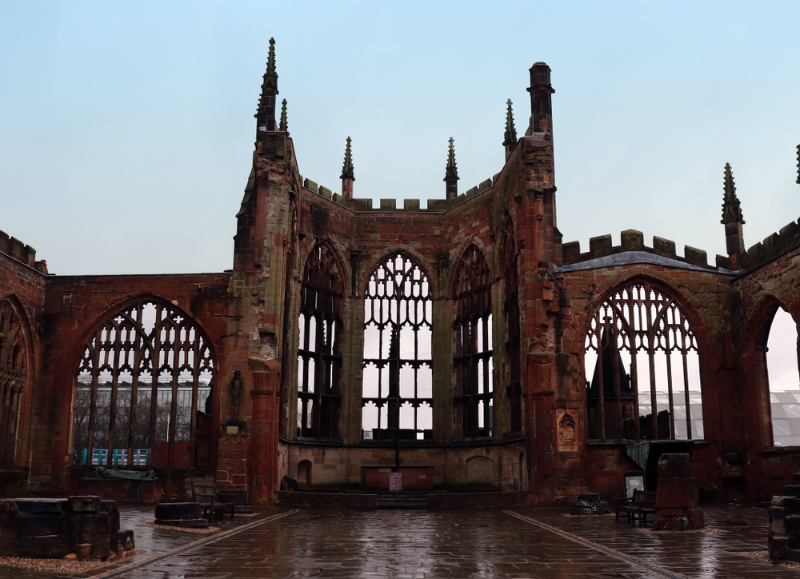 The decision to rebuild Coventry was made almost immediately and the city grew, taking up the hammer of industry once more to become the centre of the UK’s car manufacturing. However, as the British motor industry declined and production moved abroad, so did Coventry’s fortunes fall.

To shake the unfortunate mantle of an industrial giant left behind by progression it could not keep up with, Coventry has propelled itself into the 21st century through investment in culture, education and business; utilising technology to transform the fortunes of a city once dubbed the “Detroit of England”.

Car manufacturing has returned to the area, but in a different form to the clink and clang of the factories of yesteryear. A new £150m National Automotive Innovation Centre will soon open, designed to research and develop the next stages of vehicle production via the use of technology.

Jaguar Land Rover, based in the West Midlands area, have begun testing autonomous self-driving cars, using Government funding granted for the testing of 5G infrastructure technology. The firm also plans on opening a new £500m factory, which will bring mass production back to the West Midlands, a centre of vehicle manufacturing once more.

Coventry, along with neighbours Birmingham and Wolverhampton, is at the centre of the Government’s 5G West Midlands testbed trial. The West Midlands area will be the first to have access to 5G technology, the next generation of mobile communication and a vast leap forward from the standards currently available via 4G connections. 5G technology will offer superior bandwidth and low-latency speeds and is set to underpin the next stages of digital connectivity, from the Internet of Things (IoT) to self-driving vehicles.

A city of culture

If there were evidence required to mark Coventry’s upturn in fortunes, then one should look at last year’s awarding of the UK City of Culture 2021 title. Coventry will be hoping the title, which is awarded every four years, brings similar benefits to the city as it did to current hosts Hull.

The Yorkshire city has enjoyed a £60m boost to the local economy courtesy of its UK City of Culture status and over £1bn of investment in the local area. 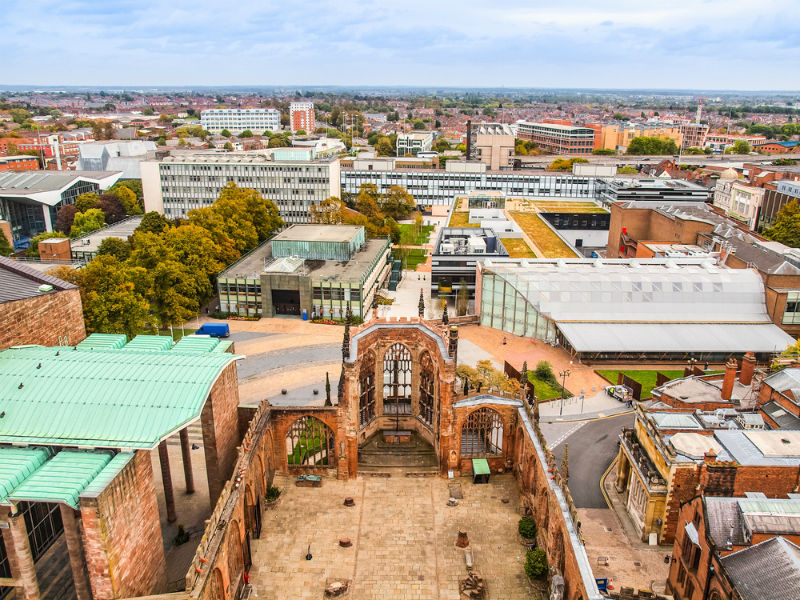 The awards are falling thick and fast for the Coventry region. Earlier this year the city was crowned European City of Sport 2019 which has led to the opening of a new city centre waterpark and additional investment in the sports and wellness facilities at the University of Warwick.

The city hopes that the local economy will be further boosted by the introduction of free, public WiFi across the city centre. The superfast, blanket connection is available to all and will not only offer residents and visitors with a way to get online but will also underpin the next generation of technological development and mobile communication in the city centre area. The free WiFi is provided by IntechnologyWiFi, as part of its Connected City Platform.

IntechnologyWiFi is looking forward to working with Coventry in partnership to help realise the city’s vision, and to support economic development, local businesses and digital inclusion; ensuring that this former industrial giant continues on its path to redemption.